Why I almost Quit Profit First

First, a “doing it wrong” story. 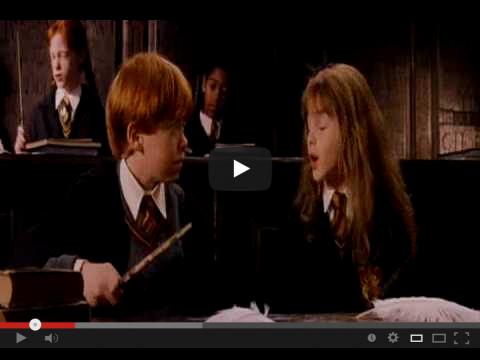 My niece and nephew are reading the Harry Potter books for the first time! 👏

After they read a book, we watch the corresponding movie.

As a serious Potter fan while the books were being published, this is like heaven.

I get to re-experience the series through the eyes of first-timers.

A few weeks ago we were watching the first movie. And I chuckled as Hermione corrected Ron because he was putting the emphasis on the wrong syllable.

Digging in to Doing it Wrong

It’s funny, because we’ve all had that experience. We all have that annoying friend, or in-law, or brother, or coworker.

You know the one.

They’re constantly looking over your shoulder going, “you’re doing it wrong,” just like Hermione in The Sorcerer’s Stone (or Philosopher’s Stone for my UK friends).

It’s the WORST when they’re right. 😤

But even when they are, because of their approach, most of the time we just dig in, keep doing things the way we’re doing it, and loudly express our grievances. See the following scene in the Potter film.

And at the risk of having you dig in, I want to tell you a story about why I almost quit using the Profit First method.

Hopefully, it’s easier to hear this because I’m telling you about how I was doing it wrong.

I’m not trying to point out your faults. But just in case you’re getting frustrated with the Profit First process. Just in case you have quit or you’re on the verge. I figured I could share my, “why I almost quit” story with you.

My biggest mistake basically left me with about 5% of my revenue to operate my entire business, pay myself, and pay my employees. 🤔

That’s what a former President would call, “fuzzy math.”

But there is math that does work…as long as you’re using the right numbers. 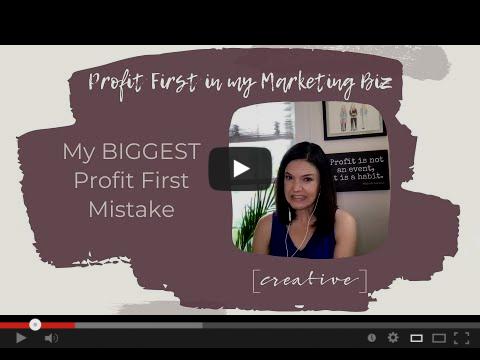 There was a big payoff when I got it right.

And that payoff was a profit distribution.

If you’re ready to start paying yourself quarterly bonuses from your business, take a watch and let me know if you might be making the same calculation mistake I was.

In the end, this method is just one more way to help you get your pricing right as well.

Read How Delegating can help you get your pricing right.

p.s. Delegating and outsourcing was a HUGE step to getting my pricing right. I want to get even better at it, so I’m headed to Clockwork’s Delegate to Accelerate Bootcamp next week. If you want to join, here’s my affiliate link. With these 5 interview questions.

Inspiration from the Inside Out

Contractions In Business Writing? And Other Marketing “Faux Pas”